What is a watch? Such a simple question deserves a simple answer: A watch is an instrument that was designed to give time. Watches can be simply classified into two different categories: Mechanical and Non-Mechanical (for the scope of this blog, I’ll colloquially use the term quartz for non-mechanical watches).

So what am I talking about when I say Mechanical or Quartz? I am referring to the regulatory “organ” of the watch. All watches need some form of power to drive the gears which in turn drive the hands to tell us the time.

In a quartz watch, the power comes from a battery, and that power is regulated by a quartz crystal that vibrates at a specific frequency. If you are concerned with having the most accurate watch possible, a quartz is going to be your best bet (although, the guy over at Bathys has a pretty awesome Atomic watch). In order to conserve battery life, most quartz watches use a stepping-second hand as opposed to a sweeping second hand. If you want to have a sweeping second hand with a quartz watch, the most approachable that you can get would be Bulova’s Precisionist line. If you want to go up higher in price, you can get into the weird hybrid mechano-quartz-y Springdrive’s by Seiko. 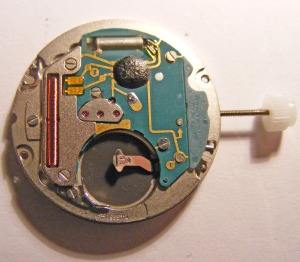 Now, on the other hand, mechanical watches use a series of springs and gears to regulate the power of the watch. The power is stored in a part of the watch called the mainspring. When you watch people in older movies winding a pocket or wrist watch, they are winding up (adding tension to) the mainspring. Through a system of gears and a regulating system (escapement and balance wheel), the power that is released from the mainspring as the watch unwinds is done so at an even and measurable rate. Due to the nature of physics (friction and gravity) and human interaction (or lack there of), mechanical watches are not going to be as accurate as a quartz watch. That isn’t to say they can’t be accurate, just that a quartz watch has the advantage of being controlled by a circuit and quartz crystal. Because the power for a mechanical watch is essentially unlimited (the mainspring can be wound as long as the watch is in working condition), most mechanical watches have a smooth sweeping second hand. Though again, there are always exceptions-there is a complication known as a dead-beat second where a mechanical watch’s second hand moves/steps once a second (as opposed to 6-8 times a second). Some notable watches that do this are Antoine Martin’s Slowrunner, FP Journe’s  Chronométre Optimum, and the Grönenfeld 1 Hertz. 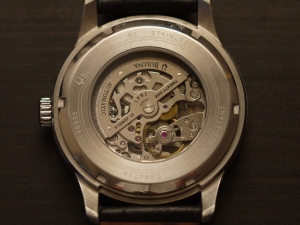 So there you have it-the two main types of watches in a nutshell. Obviously there are subtypes within each (Handwind or Automatic within the mechanical category, Spring-Drive, Solar, Tuning Fork, etc in the “Quartz” category), and I plan on doing posts for each of them-especially as I go through the modules in school. For now, I wanted to keep it simple.