So for the next few weeks, I decided that on Wednesdays I will write some articles doing an introduction/background to some of the brands that I appreciate. This week, I’m going to spotlight MB&F. MB&F holds a special place in my horological heart. When I first started getting into horology, I came across the Legacy Machine no. 1 and was absolutely amazed. Even though it is without a minute repeater or tourbillon, the perfect execution with its classically inspired design and its exquisite finishing caused me to really want to dig more into haute horology.

MB&F was founded in 2005 by Maximilian Büsser. Prior to 2005, Büsser was the head of Harry Winston’s Rare Time Piece division. Under his guidance, Harry Winston went from a jeweler with a line of watches to a well-known name in Haute Horology thanks to the creation of the Opus Collection (which has subsequently help bring to the collective consciousness many independent watchmakers like FP Journe, Felix Baumgartner/Urwerk, Vianny Halter and others). Not content with seeing others thrive while remaining behind the scenes, Busser left Harry Winston after seven years to follow his passion.

MB&F consists of Büsser as the head and creative director of the company (the “M” and “B”) as well as people with various talents (watchmakers, designers, sales etc). His staff, as well as the people and companies that fill the supply chain roles (cases, crystals, movement parts) are considered ‘friends’ (the “F” in MB&F).

The Horological Machine line was first released in 2006 with the eponymously named “HM 1.” 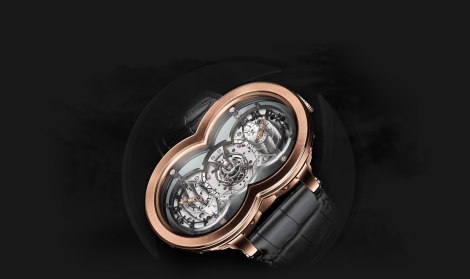 It features a large, figure-eight styled case with two individual time discs that display the hour and minutes (a theme that would be repeated throughout their collections) as well as a raised central tourbillon. Continuing on with the HM 2, MB&F started exploring depth in their movement construction, as well as increased complexity with Jump Hours, Retrograde hands and a moonphase. 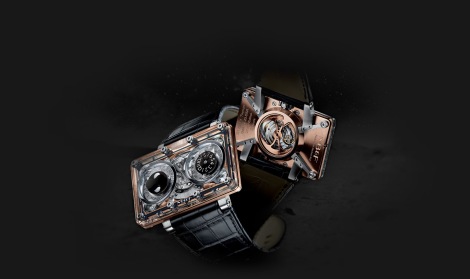 HM 3 took the line into a more Sci-Fi inspired direction with their Sidewinder and Starcruiser models. While the complications are relatively simple in nature (hour, minute, date and day/night indicator), the case and movement construction continue the trend of increasing complexity. 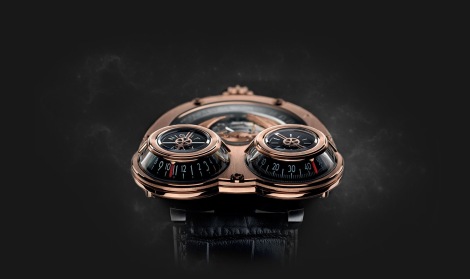 The HM 4 has been one of their most talked about timepieces-not only for the aesthetics, but the incredibly unique and complex movement that was designed specifically with the aviation design in mind. This machine had a limited number of movements made which has limited the number of variations within the HM 4 line. 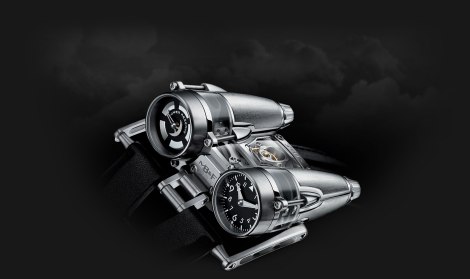 The latest entry into the Horological Machine Line has is the HM 5. Drawing inspiration from the supercars of the 70’s MB&F created an interesting case that utilizes a prism to “project” the time onto a screen mimicking the instrument panels of a car dashboard.

The Legacy Machine line, as said earlier draws its inspiration from classic horology of the 18th and 19th centuries. In an interview with the HourTime show, Busser stated that he used to joke about how he would never design a watch with a round case and a white dial, and then went and released a watch with a round face and a white dial. The LM 1 has two white porcelain dials that with independent hour and minute hands that are controlled by a single, large balance wheel that is suspended over the dials (with an Eiffel tower looking bridge). It has a vertically moving power reserve indicator shaped like a sextant. The white dials and suspended balance wheels are two key design elements that tie together the Legacy Machine line. 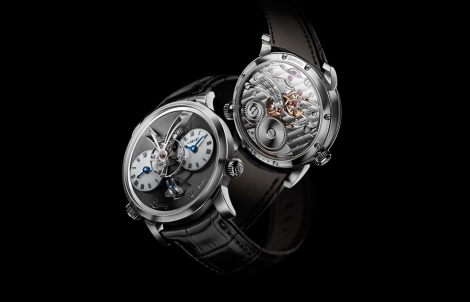 Moving on to the LM 2, the two dials were eschewed in favor of dual suspended balance wheels that utilize a differential gearing system to average out rate errors. 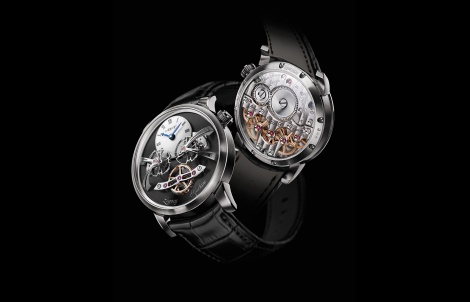 The LM 101 is the third release in Legacy Machine line. It features a return to the dual dials (one of which is the power reserve indicator) and has a more streamlined look to it in regards to the balance bridge. The LM 101 is also the first movement to be fully developed in house by MB&F. Kari Voutilainen has been a consistent collaborator with MB&F and has been responsible for the aesthetic finishing of the LM movements. 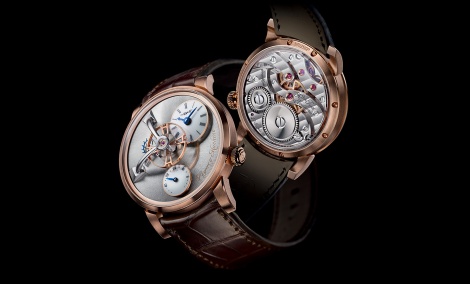 As can be seen by both the Horological and Legacy lines, MB&F celebrates mechanical art in whatever shape or form that may be. While their main focus may be on horology, they have branched off the two roots of their collection, and have created their Performance Art line which consists of a clock, two music “boxes,” and various limited edition collaborative timepieces. They also have created a space dedicated to mechanical art that doubles as their main store in Geneva, Switzerland called the MAD Gallery (Mechanical Art Devices).

MB&F is a truly impressive brand that has not limited their imagination to the tired and stale trappings that a lot of the watch industry has shackled themselves to. They continue to push the boundaries of what a “time piece” is and how time can/should be presented all while paying homage to where horology came from.


Different Ways to find out more about MB&F:

MB&F A Blog to Watch Articles